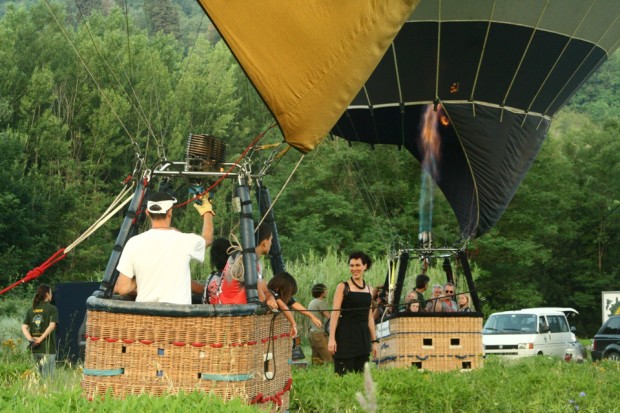 Family and friends, ready for take off!

If you would like to book a balloon for your family, or several balloons for a large group, we offer attractive group rates.

If you would prefer a special private ballooning experience, with the basket reserved for your family or friends only, we offer the Privilege flight for groups. Be it your close family or extended group of friends and relatives or business partners.. we will take you up with our balloons. We operate many balloons with baskets of various sizes accommodating comfortably 5 to 8 up to 16 passengers and with our large fleet we do fly groups of 45 or more passengers.

After landing you will be served a Prosecco Toast or the full Tuscan Champagne breakfast in the field we land, celebrating the special occasion!

An incentive hot air ballooning program should meet precise aims like motivating the staff, stimulating the network and establishing privileged relations. Its outcome must result
beyond the expectations and be memorable! We take care of every little detail, giving perfect services in a autstanding beautiful setting, providing an experience that allows for both learning and leisure.

Please contact us for more information and a detailed quote.

Flights are in the early morning, every day weather permitting.
Flights are tightly restricted in numbers and availability and filled on a first-come basis. To check availability and to book your group flight please send us a message via the Reservation Form, or just call. 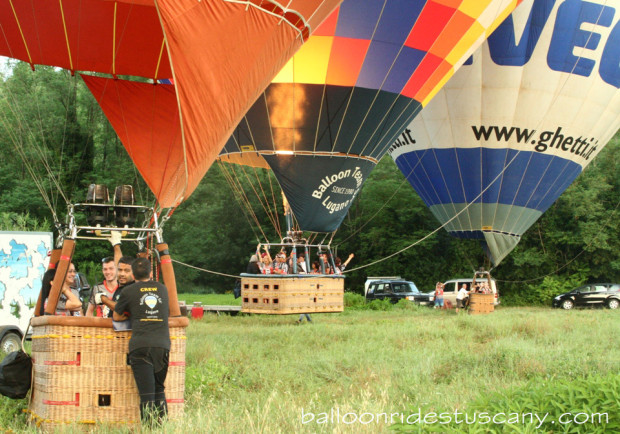 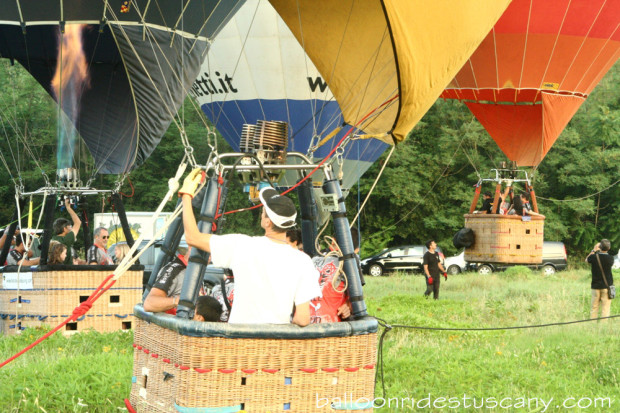 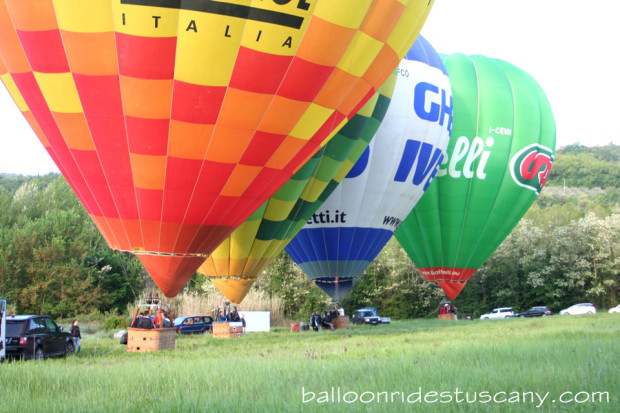 Only when the wind and weather conditions are right one can fly with the balloon right over the city of Florence, during the hot summer months Florence balloon rides are not always possible.  It took us quite a bit of homework to make this balloon flight happen, were certainly rewarded by the stunning views! Somtimes when the winds are right we takeoff from the Southern part of the city and fly out into the florentine hills.

For further information about the Florence balloon rides and to book your flight, please go to BOOKING 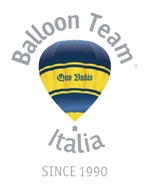